The Founders of the DNAtix Genetics Ecosystem 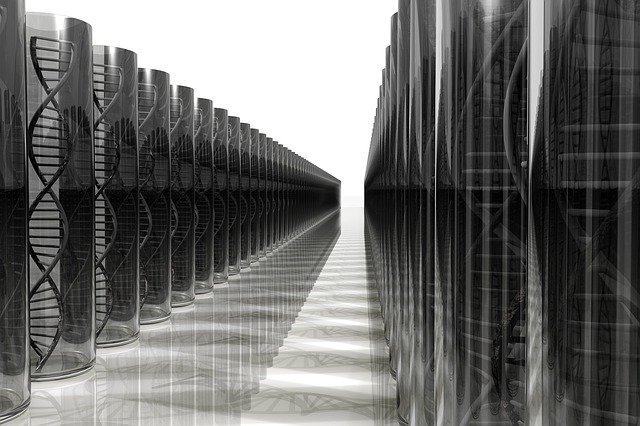 Technology is a rapidly changing space, with new developments happening every day.

Though good tech often comes and goes without much attention, one story has been gaining speed for over 3 decades, proving that sometimes it takes more than a good idea to build something really special.

It takes a perfect mix of time, friendship, knowledge and determining — something that is rare in the fast-moving world of tech.

The founders of DNAtix, Ofer A. Lidsky and Dr. Tal Sines have a long relationship with science and technology. Friends since 1985, their shared appreciation for genetics tech sparked the idea to create a brand-new ecosystem for users and researchers in the field.

In 2015, Lidsky and Sines recognized a growing trend in the field — genetics was going digital.

The genetic testing world was shifting from repeatedly taking samples (blood and saliva) and analyzing them in the laboratory, to a technology where DNA is sampled and extracted once and is then sequenced becoming a digital code that could be stored on the computer. Subsequently a prototype of the DNAtix genetic platform was developed and a genetic algorithmic language was created to enables users to upload and test DNA sequences

Genetic data is extremely sensitive and contains information about the person’s identity, origin, family ties and of course the risk for developing genetic conditions or diseases such as Alzheimer’s, cancer, diabetes and more.

The fear that this information would reach the wrong hands prevented many people from using advanced genetic services and performing genetic tests. Blockchain technologies intends to solve once and for all the lack of anonymity and the fear of depositing the user’s personal genetic information in the hands of the service providers.

By developing a distributed and secure genetic ledger system based on encrypted blocks of information and based on a peer-to-peer communications network it is possible to separate the identity of the paying consumer from his genetic information.

Ofer Lidsky, DNAtix CEO and one of the founders notes: “Testing genetics today requires consumers to sacrifice their anonymity and relinquish control of their personal data — this is something we at DNAtix are looking to change.”

Dr. Tal Sines, the company’s CSO and the other half of the founders team believes that “Knowledge is power and that by giving our users the knowledge to know what their DNA hold, they can make pro-active decisions to improve their current and future health”.

Indeed, Ofer and Tal’s vision is grand. DNAtix, is looking to flip the entire industry on its head.